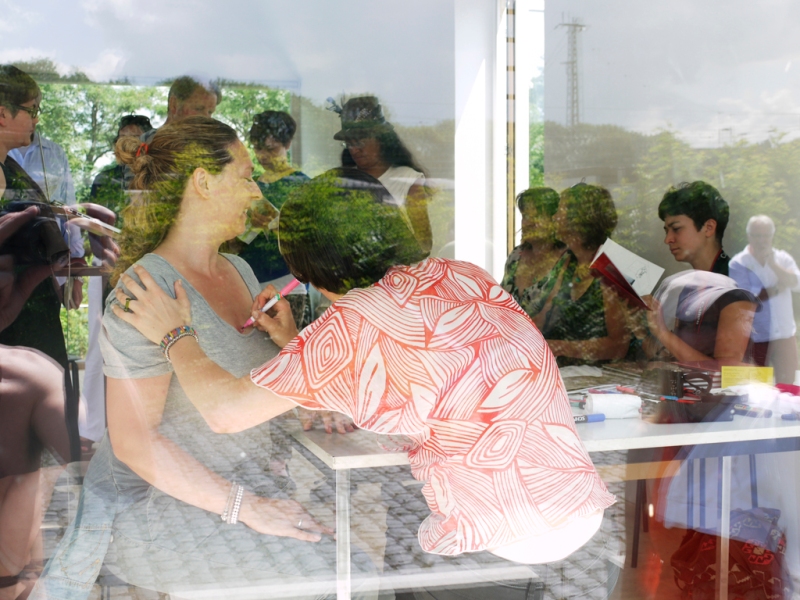 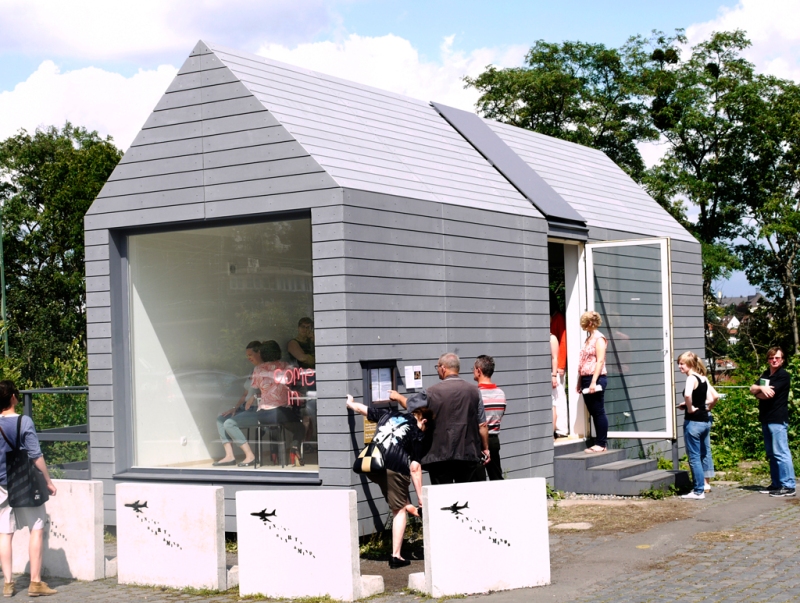 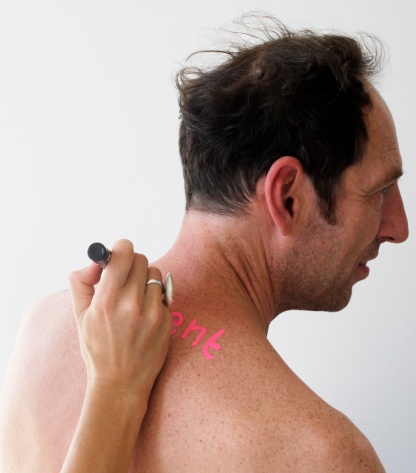 Informed by the controversy around her major project with the ashes of Kurt Cobain, the “tattooed” statements critique the role of the artist and contemporary art in society. Visitors were invited to choose one of the countless responses to Stellmach’s project, but only from a pool of responses which debated “art”. This was then written onto their skin by the artist.

Agent provocateurs were traditionally “secret agents” employed to lure suspects into committing a crime with evidence. In this context the visitor is transformed into an agent provocateur for a night – a ‘durational work’ questioning the merits, ethics and parameters of contemporary art. The tattoos become both a fashion accessory – with Stellmach tattooing to complement “the evening’s antics and outfit” – as well as a positive transformation of the author’s initial, often highly-charged sentiment. For Agent Provocateur, people of all ages queued to have their own temporary text-based tattoo, which lasted between one to three days. 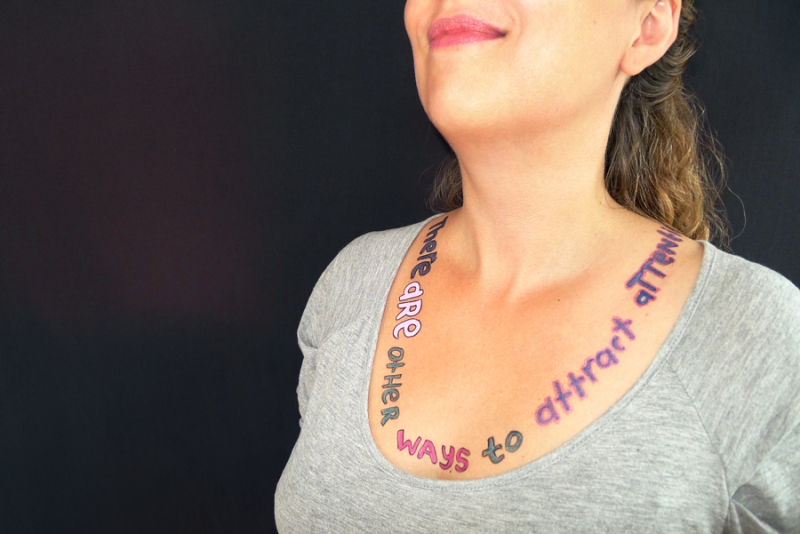 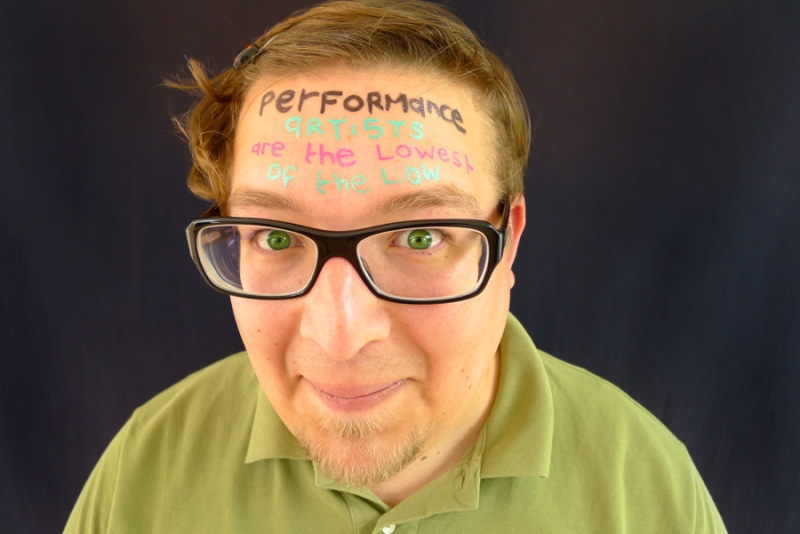